The C line is the oldest line of the Prague Metro. Its grand opening took place on Victory Day (which was then celebrated on May 9) of 1974 in the presence of General Secretary of the Communist Party of Czechoslovakia Gustáv Husák. At present, the C line consists of four segments – the first segment from 1974 runs between the stations Florenc and Kačerov, the second segment, put into operation in 1980, connects Háje to Kačerov, the third segment from 1984 can be found between Florenc and Nádraží Holešovice, the first part of the fourth segment extended the C line to Ládví in 2004 and the second part of the fourth segment is the result of the 2008 extension to Letňany.

According to the original plans, the C line was supposed to be a tramway, which would only run under the earth’s surface between Pankrác and Hlavní nádraží. Eventually, this concept was abandoned and the plans were changed, following the idea of a typical deep-level metro. Hlavní nádraží was the only station to disrespect this new concept, since by the time of the decision, its construction had almost been finished, and therefore, it was not possible to alter its design. Consequently, the station is situated at shallow depth and has two platforms on the sides instead of one island platform.

Built using the cut-and-cover method, the stations of the first three segments are monolithic, and from an aesthetic point of view, they are very similar to one another. On the first segment, marble, usually white and gray, became the dominant tiling material and particularly the Florenc (formerly Sokolovská) and Kačerov terminal stations had strong artistic concepts. Namely, the Sokolovská station served as a memorial to the Battle of Sokolovo. The only exception from this almost uniform-like concept is Vyšehrad (formerly Gottwaldova), which can be found above the surface, its glass walls allowing passengers to admire the panorama of Prague, whose atmosphere exceeds that of all design features at the station. Similarly to Hlavní nádraží, Vyšehrad has side platforms.

The second and the third segments of the C line bear a visual resemblance to each other. Their dominant design features are ceramic panels, which occur in all stations in different combinations, shapes and colors. The second segment to Jižní Město, particularly, had strong thematic concepts, as a result of which, some of its stations bore names related to communist ideology (Primátora Vacka 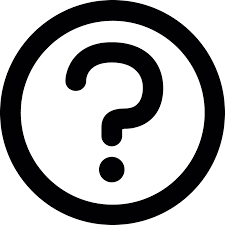 ). literal translation: Cosmonauts Station None of these ideological names, however, survived the revolutionary year of 1990. Many works of art were installed in these thematic stations, some of which have been removed (e.g. the bust of Mayor Vacek), while the others can still be observed (the statue of a builder and the statue of cosmonauts). The Háje station (formerly Kosmonautů) is utterly atypical, as it is tiled with limestone and anodized aluminum panels, the latter being the dominant feature of most A line stations. In addition to that, these aluminum panels can also be found for example on the ceiling of the Opatov station (formerly Družby).

The fourth segment was constructed after the year 1990, and therefore includes no art installations. The first part of this segment (the extension to Ládví) is unified by enameled walls, whereas in the second part of the segment (the extension to Letňany), the utilitarian architecture of the Prague Metro escalates into gigantic over-ground structures with glass walls, whose purpose is to bring sunlight into the underground stations.

The following two charts summarize the artworks situated at the C line stations. Unfortunately, it was not possible to trace back all the removed or inaccessible artworks, the list in the second chart is therefore not complete.

The removed or inaccessible artworks


The sources of information about artworks are listed on the webpages dealing with individual stations.